September 11, 2019 – Four employees with a combined 173 years of experience were recently honored upon retirement from Sukup Manufacturing Co.

Eisentrager was a welder, working on cross-tubes for stirring machines. He said he was looking for work in 1973 and met with company founder Eugene Sukup, who offered him a job.

Eisentrager took great pride in his work and in Sukup products. He didn’t need a lot of direction, preferring to put his mask down and weld, said his supervisor, Ryan Bergmann. He said Eisentrager probably welded more than 100,000 slugs (end pieces) to cross-tubes for stirring machines, which are the company’s original product.

Eisentrager said his plans for retirement include working on a long list of projects and moving to Johnston, Iowa, to be closer to family, noting that his grandchildren keep him and his wife busy.

Pals worked for many years as the sales show equipment coordinator, ensuring that the latest and greatest of Sukup products were shipped to the proper venue for display.

In 2014, he and his wife, Terri, traveled to Kenya in east Africa to help missionaries build Safe T Homes manufactured by Sukup. The two were among volunteers from three North Iowa churches whose goal was to help spread the word of God to herdsmen.

A picture of Pals and some of the people he met in Kenya was shown on a screen at his retirement party, including the caption, “Not sure where in the world Mick Pals will spend his free time, but there’s a good chance he’ll be helping people who are less fortunate…”

Brady, who worked as a shop floor scheduler and emergency medical technician, first became acquainted with Sukup Manufacturing during a 1977 field trip while attending high school in Latimer. “I liked what I saw,” he said.

He applied for a job, had a short interview on a Thursday, and started the next Monday. He worked on a sheet metal shear until 1983 when Sukup Manufacturing got its first computer-numeric-controlled (CNC) punching center. Brady remembers looking at the wrap-around console with all the controls and asking his supervisor who was going to run it. Brady ran it from then until 1990, helping the company roll in a new era of computer-controlled manufacturing equipment.

Holding was known as the only employee at Sukup Manufacturing to operate the flighting machine, which bends flat steel into spiral augers for bin unloading and sweeping machines.

He started working at Sukup shortly after getting married. At first he worked nights putting sumps together. Then he ran a lathe, making parts for stirring machines.

It took him a few months to master the art of running the flighting machine. The trick was keeping the right amount of pressure on the metal while shifting gears to pick up speed.

Holding, like the other recent retirees, expressed thanks to the Sukup family and to co-workers. It’s a very good place to work, Holding said.

Eisentrager, Pals, Brady and Holding each received gifts including a certificate for a recliner, a mini grain bin filled with candy corn, a table lamp, plaque, and a Sukup cap and jacket.

“We’re extremely grateful for all four of these outstanding employees’ many years of dedicated service,” said Charles Sukup, company president.

All four retirees were joined by family members at their send-off ceremonies, and were praised and ribbed affectionately by co-workers in mostly standing-room-only audiences. 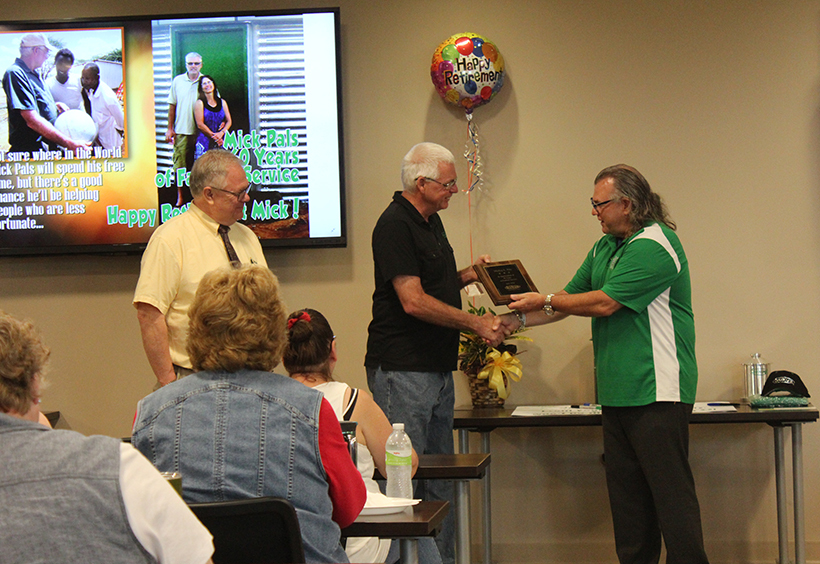 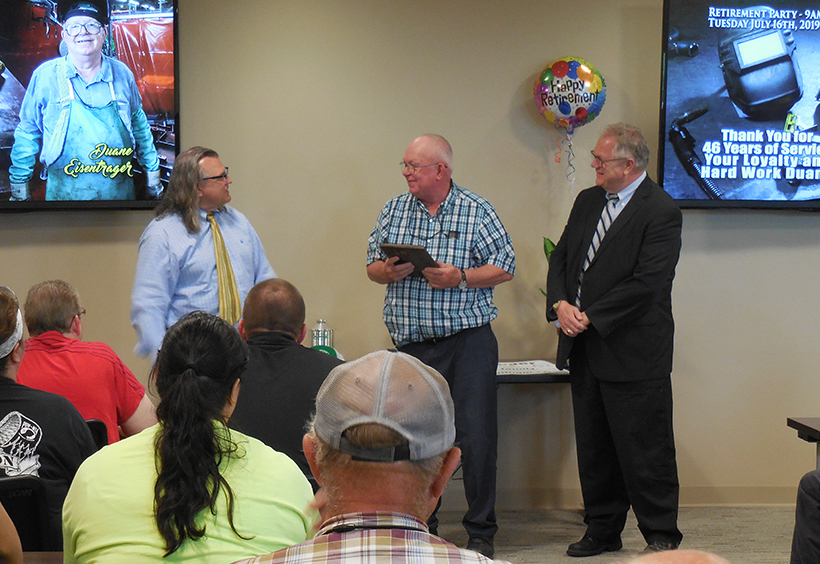 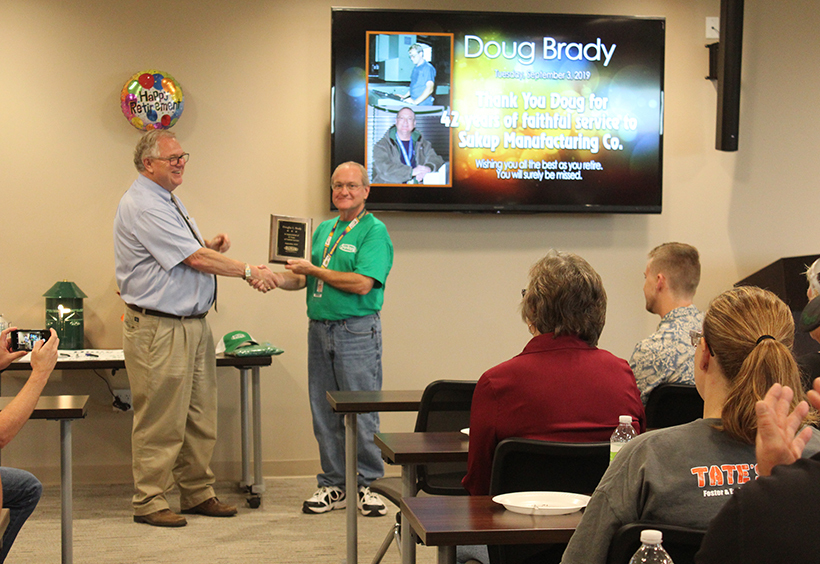 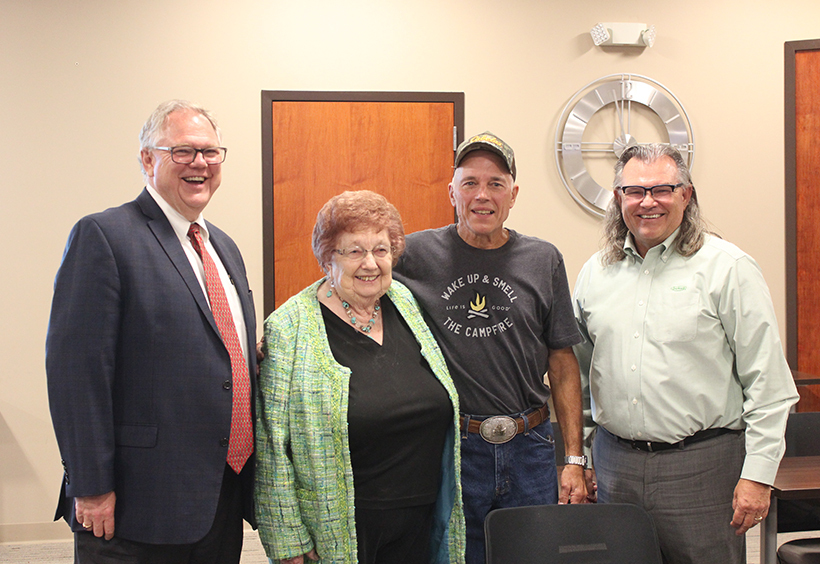